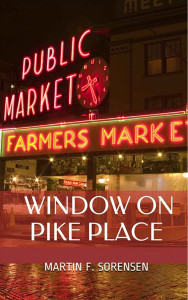 Window on Pike Place is the perfect dose of romance mixed with modern day politics and vivid descriptions of the Northwest. Rachel McAlister saves Joshua Todaro’s life on an Afghanistan battlefield. Back home in Seattle, he asks her to marry him. But someone murders Joshua in his Pike Place apartment and frames Rachel. On trial, she holds on to the only two things in the world that she can trust: her love for Joshua, and the battlefield bullet he gave her. She has to hope she can figure out who set her up before it’s too late. Martin F. Sorensen has been publishing the Sand Hill Review, anthologies of short stories and poetry for nearly fifteen years. Now a sister company, Sand Hill Review Press, is releasing his contemporary mystery novel, Window on Pike Place. Sorensen lives in Silicon Valley with his wife Charlene and is either reviewing manuscripts or writing. 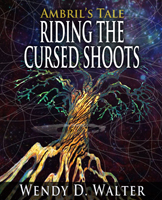 Ambril and her friends continue their adventure in Book 2. They learn more about Trelawnyd’s underground magical heritage and battle demons at every turn.

Wendy D. Walter has sketched and written stories about magic since she was a kid. When she set out to tell Ambril’s Tale, she decided not to write a story but to write a world…so much more fun that way. She considers the first in the series, Ambril’s Tale, The Return of the Dullaith, as just the curly tip of the fairy boot. Wendy lives in her beloved San Francisco Bay Area with her husband, daughters, cat and ball-obsessed border collie. She is often to be found at her favorite coffee shop writing furiously or literally in her closet laboriously editing, editing, editing… The illustrations are pencil sketches. But contrary to some of her character’s opinions, Wendy has no trouble with technology and loves to mesh her paper sketches with her digital artwork. For more information, try ambrils-tale.com and wendydwalter.com

On November 23, 2000, one hundred inmates hold twelve guards hostage in the laundry dorm of The Indiana Penal Farm. Emergency squads are massed along the fence, awaiting the order to attack, while sharpshooters are perched like crows on top of the administration building. Tom Hemmings, a dorm counselor, has been conscripted to defuse the standoff. But the inmates are divided into rival gangs, the guards into feuding unions. And the prison administration has sparked the standoff by forcing cut-rate services upon the facility. As he enters the prison, Tom’s heart starts to hammer. Who are the good guys? Who are the bad? And how will this nightmare end?

James Hanna wandered Australia for seven years before settling on a career in criminal justice. He spent 20 years as a counselor in the Indiana Department of Corrections and is a probation officer in San Francisco where he is assigned to a domestic violence and stalking unit. James’ short stories have appeared in Old Crow Review, Sandhills Review, Edge City Review, Eclipse, Fault Zone, The California Writers Club Literary Review, Red Savina Review, The Literary Review and the Sand Hill Review. Two of his stories were nominated for the Pushcart Prize. The Siege is James’ first published novel.